Starting from June 2012, VRT, the Belgian public broadcasting company, will have the rear section of the city hall of Leuven at its disposal to create a permanent broadcasting base in this most important university city of Flanders. Radio 2 has taken up residence in the editorial office and radio studio on the ground floor, and a multifunctional space for events, concerts and live radio is available on the first floor.
Without altering its unique character, SFA created a contemporary concept for the renovation and refurbishment of this classified building. SFA designed and followed up the complete project, being responsible not only for the renovation, but also for the lighting design, the design of fixed furnishings and the development of the Radiohuis logo and corporate identity.

All of these aspects are part of a global vision, with transparency, flexibility, sustainability and the synergy between old and new as its main focal points.
On the first floor a semitransparent curtain separates the stage area from the bar, without compromising the flexibility of the space. A suspended grid ceiling makes it easy to modify and control the technical installations, while at the same time the existing structure remains visible.
Present materials such as bronze, marble and wood are being either reused or used as a reference and give the project a touch of nostalgia. The existing glass and bronze counters are reassembled as a rear wall for the bar and old cabinet fronts are reused in the new bar unit. This way the renovation fits the existing building, but at the same time distinguishes itself with its modern lines and contemporary character.

VRT RADIO HOUSE LOGO
Transparency is one of the key focal points in this project. It is interpreted in terms of graphics as a logo consisting of three separate parts that are recognisable as a ‘see-through’ letter R. This recognisability still remains when the logo is used in different colours or materials or even when used as a cutout. This creates a flexibility allowing the logo to adjust itself to other graphic elements or to materials present in the architecture.
The typography of the word ‘RADIOHUIS’ is contemporary whereas the other two elements have a more classical shape, with elegant lines inspired by the architectural features and typographic style of the time of construction of the building, 1938. This creates an interesting contrast between authenticity and innovation, which again refers to the architectural concept. 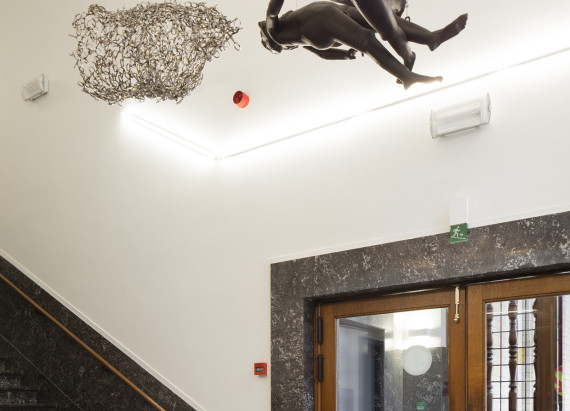 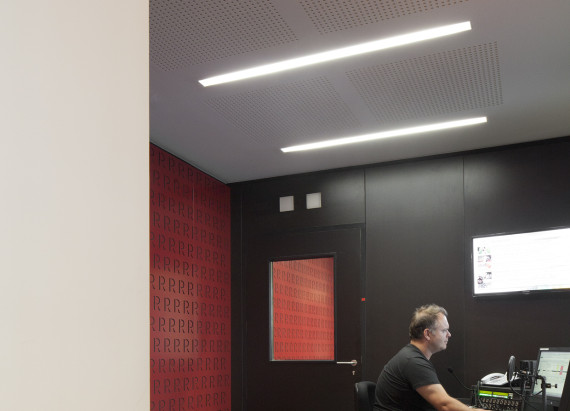 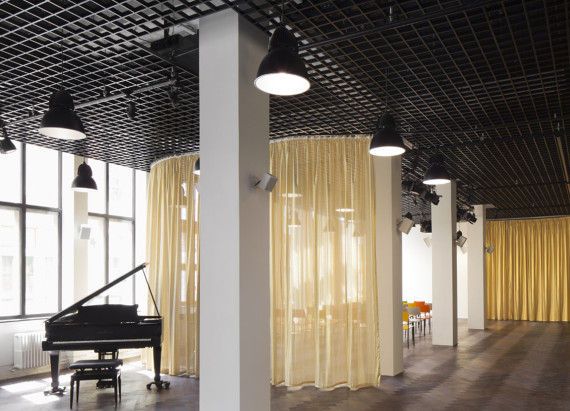 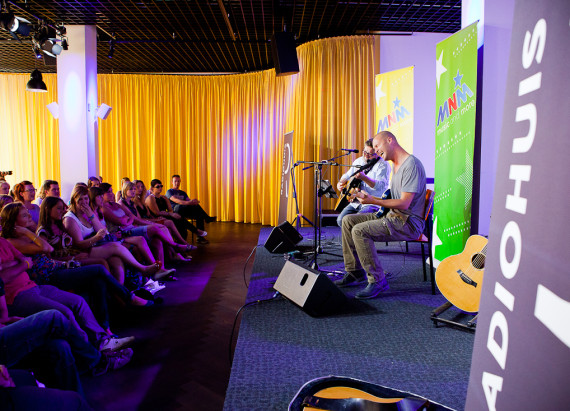 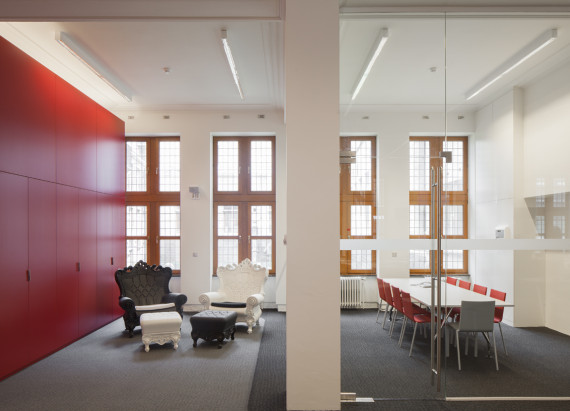 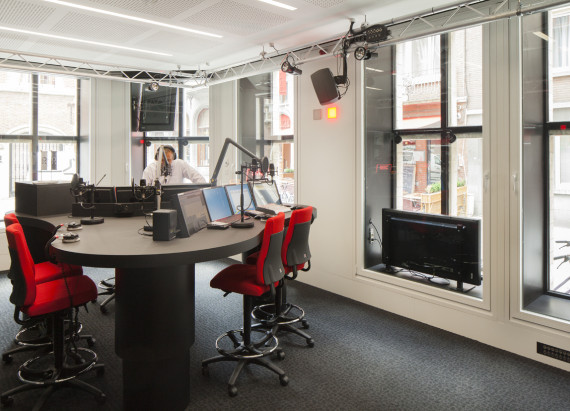 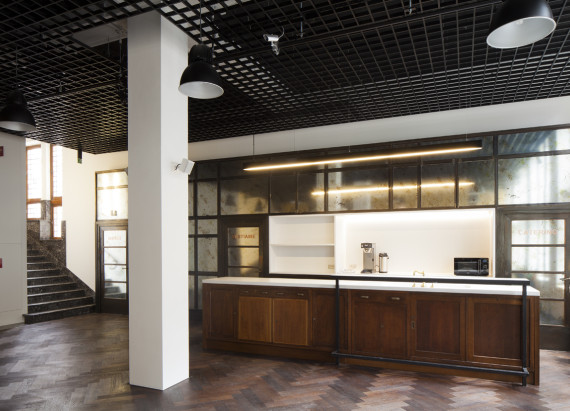 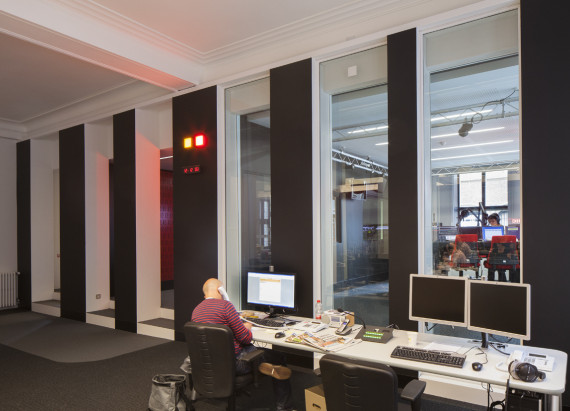 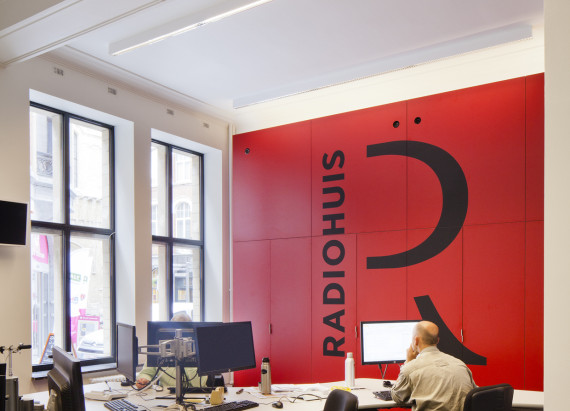 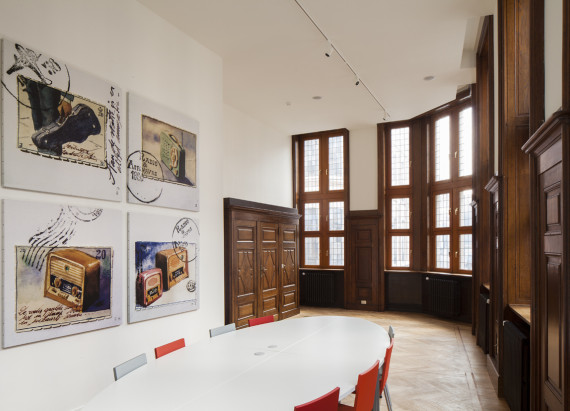 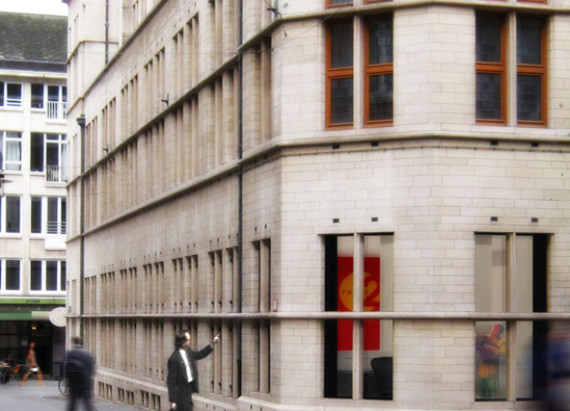 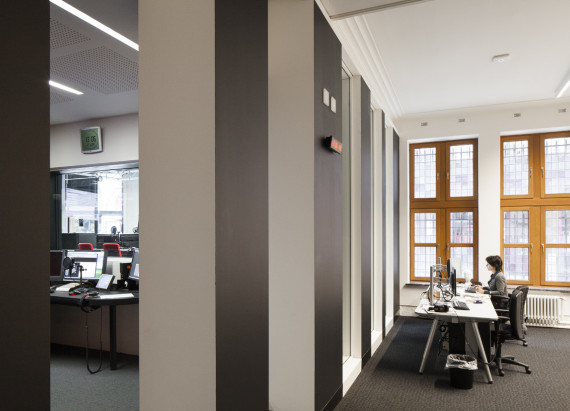 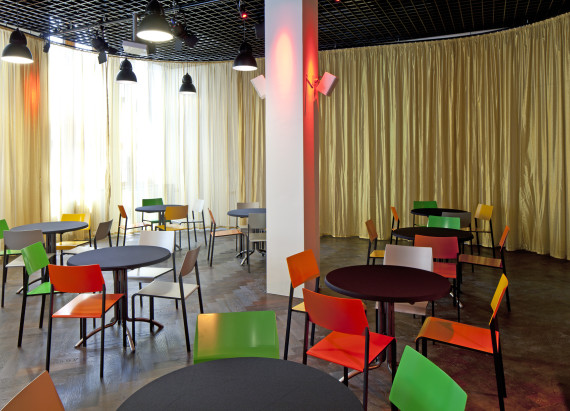 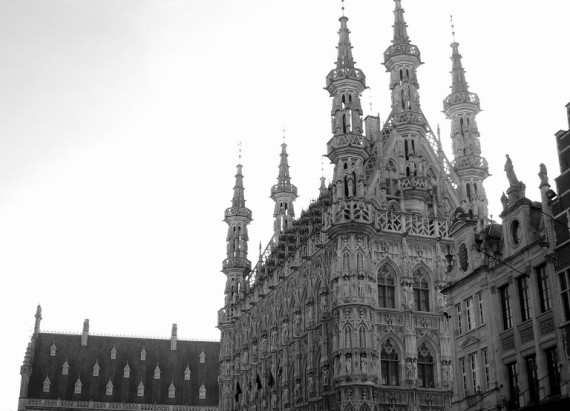