In April 2012, BNP Paribas Fortis announced plans to build its new headquarters in Montagne du Parc in the centre of Brussels. The current building, dating from the 1970s, is no longer able to meet the challenges of providing the best use of space, energy efficiency, effective management of maintenance costs, and standards officially required for new buildings.
The project site is situated where higher and lower Brussels meet, at the Warandeberg in the heart of the city. We wanted the building to be a destination in itself, a positive synergy between the bank and its surroundings: a building that opens itself to and interacts with its environment.
The volume of the building partly withdraws itself, which creates space for a generous urban square on the level of the plinth. This square doesn’t function as an extension of the lobby, but as an active, publicly accessible hangout. The urban public life and the private space of the bank can meet and interact on this square. To achieve this, the typical Brussels’ landscape is being used to overcome all barriers. By opening up the ground floor, we create an internal street that brings accessibility, friendliness and dialogue to the project. Common spaces embed the building into its environment. Therefore, we designed our common spaces in a way which encourages people to stay, and designed the site like a big public garden. The roofs, designed as green oases, are also accessible to the public. Green roofs are combined with spacious terraces, adjacent to a restaurant that opens itself up to the city and the skyline. 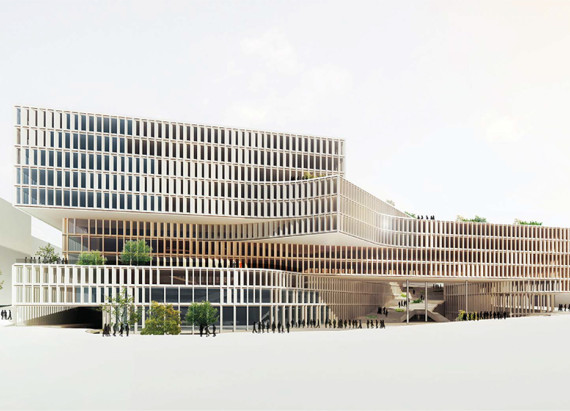 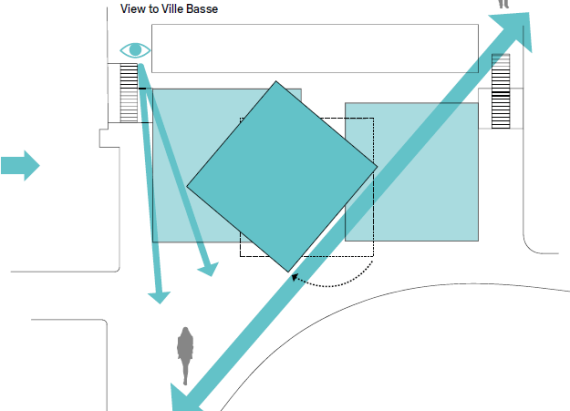 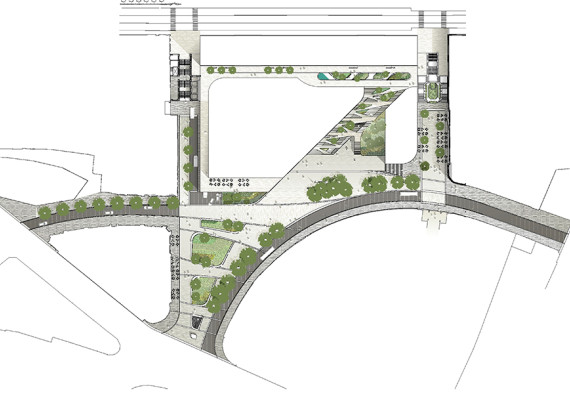 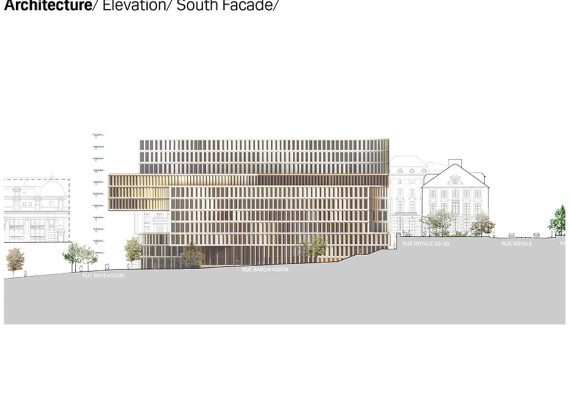 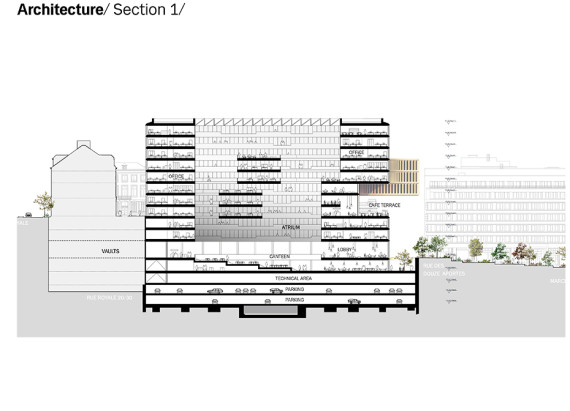 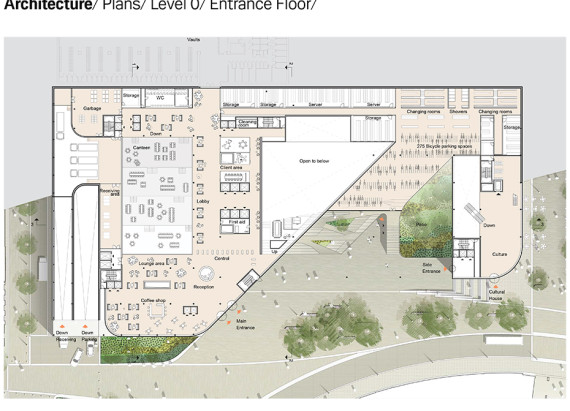 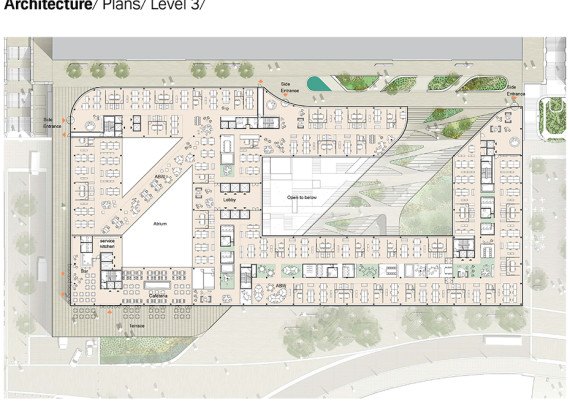 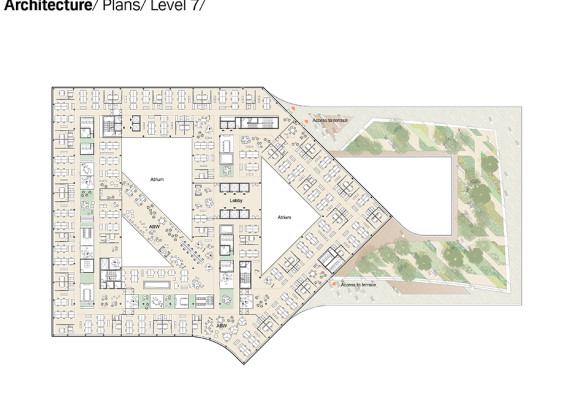 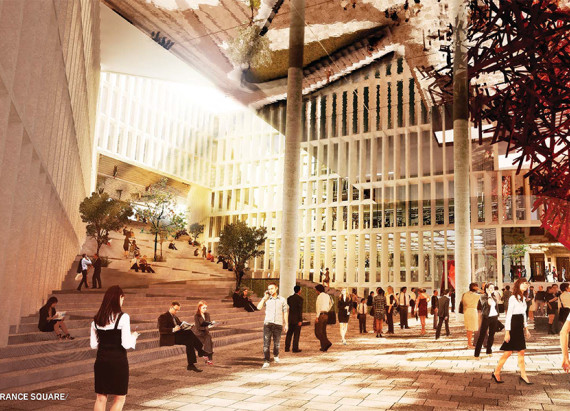 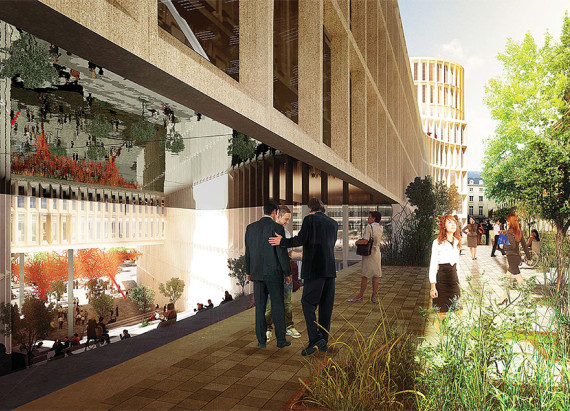 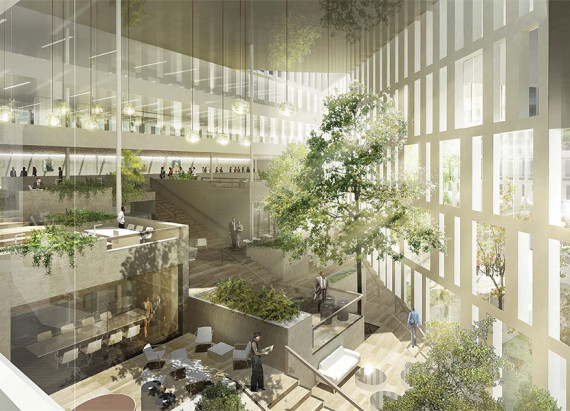 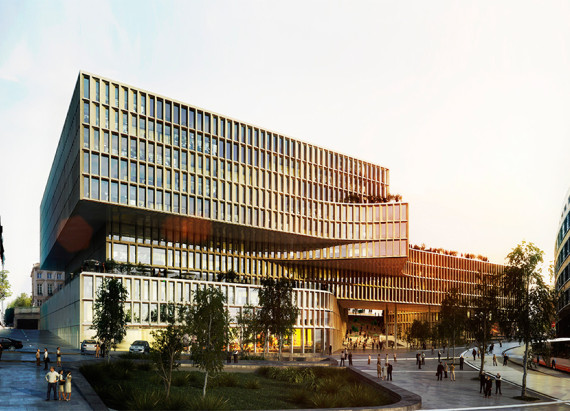