As the brief stipulated, the counter hall would have to accommodate a range of activities: a cafe, a shop, a forum and a reading corner. Instead of placing these functions next to each other, which would take up too much space, the conceptual starting point was to blend everything into a single design.
The pavilion consists of a steel frame with wood finishing, placed on a rubber layer to avoid damaging the floor. To maintain the overall view of the counter hall, columns and ceiling are as narrow and thin as possible.

The duplex floor, which can comfortably accommodate groups up to 60 people, provides a new way of experiencing the counter hall as it creates new viewpoints for visitors. Being visible from the adjacent street, it tickles the curiosity of passers-by. The glass columns, which are scattered about the pavilion, are actually shop windows and small exhibition showcases. The Parliament shop becomes part of the circulation instead of being a separate unit. A video wall was installed in the central dividing wall, making the café a forum which can be used for presentations as well as a place to virtually attend the plenary sessions. Behind the central wall is a quiet space which serves as a reading corner. An internet connection is available and newspapers and magazines can be consulted. 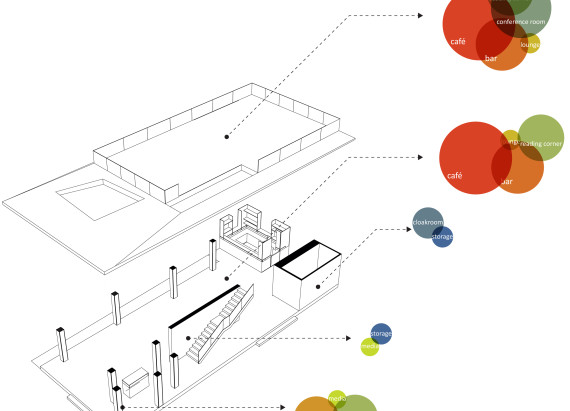 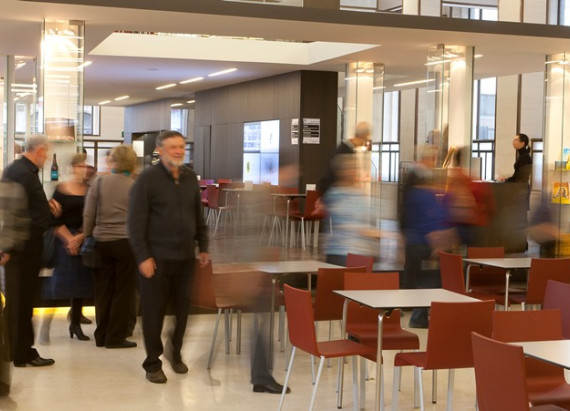 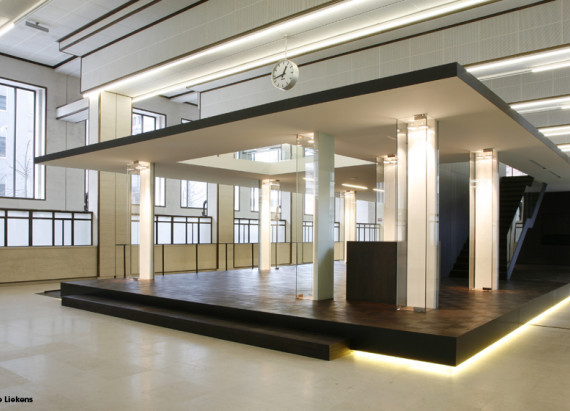 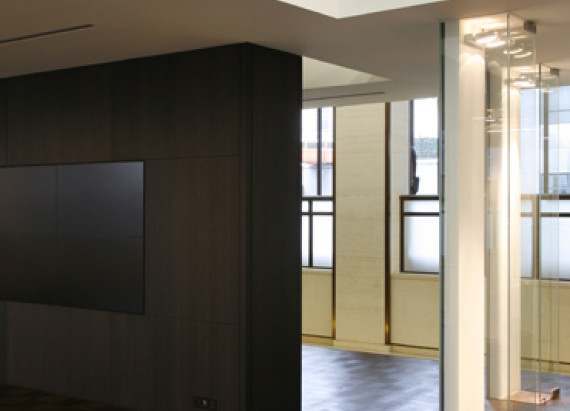 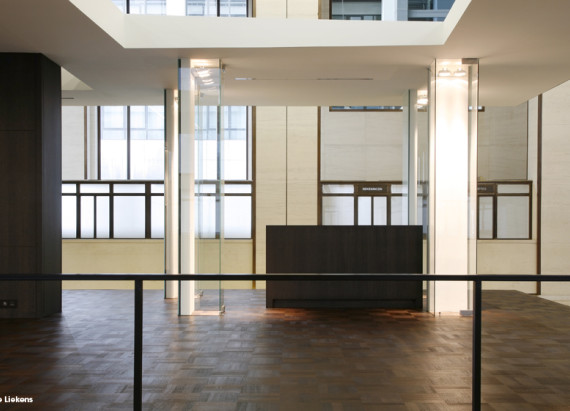 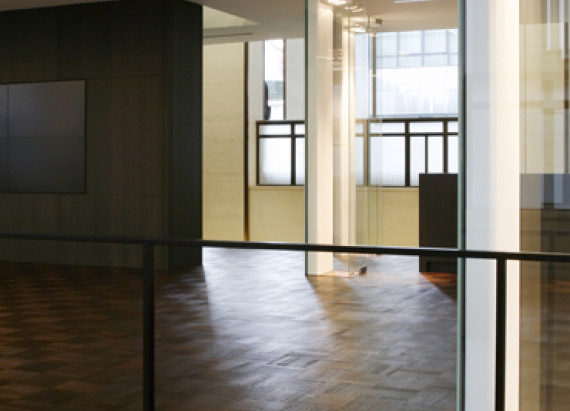 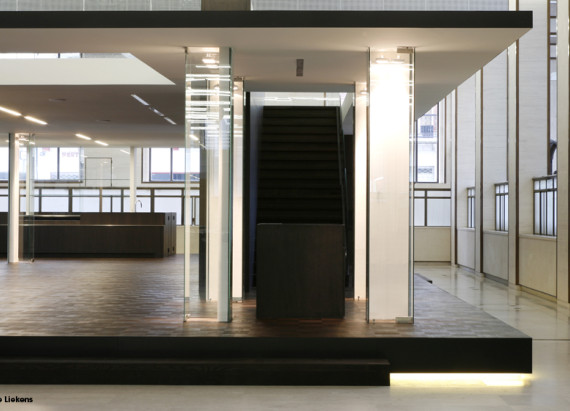 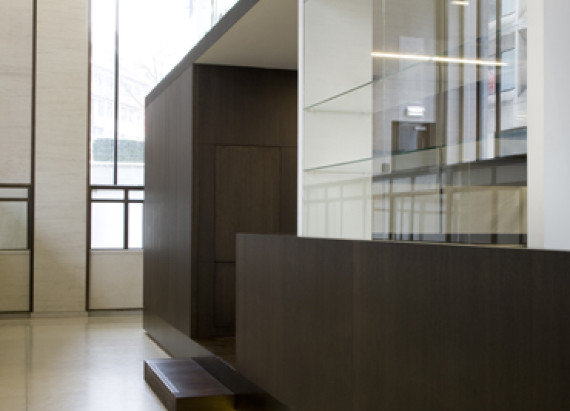 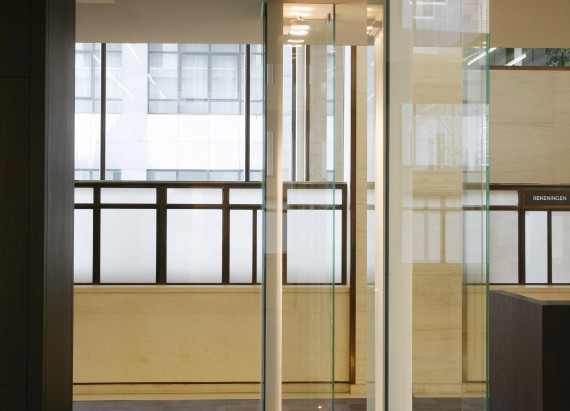 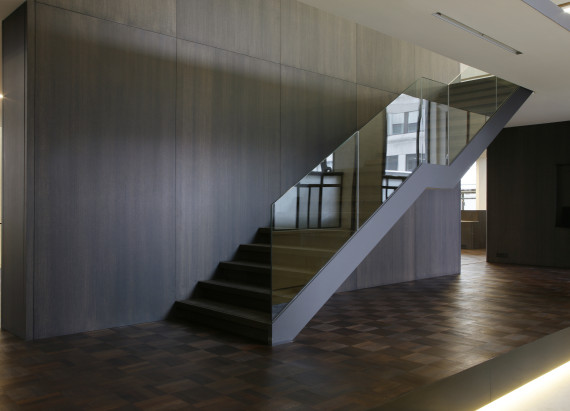 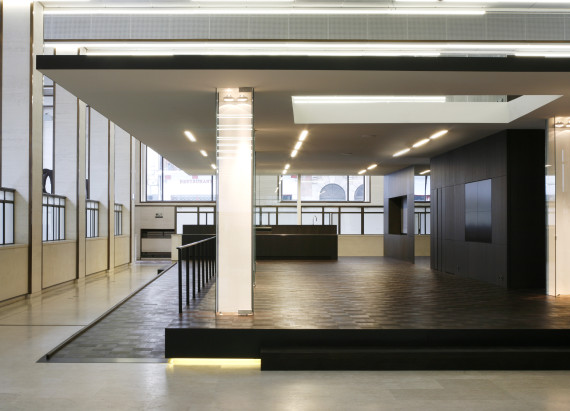 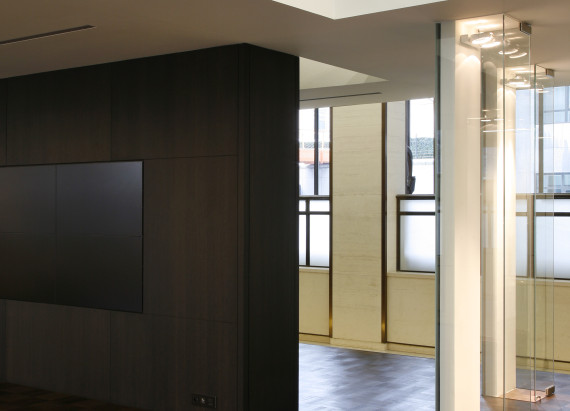 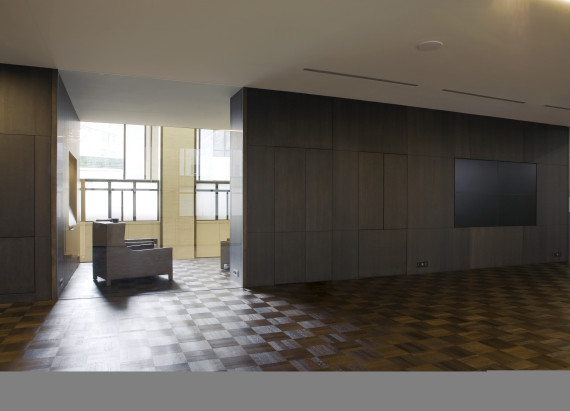