In 2012, Studio Farris Architects won the competition which was organised by the City of Bruges BE for the renovation and expansion of the Sint-Andries city library.
The plot on which the library had to be expanded was very limited in size and located in an urban environment. The existing library, alongside other public services, was located in a building that’s listed on the inventory of architectural heritage. The request of the client consisted of a complex set of requirements, including the wish to make the library more visible from the adjacent streets and give it its own identity, to make it stand out from the multiplicity of other services located in the existing building.

The extension is subordinate to the main building in terms of dimensions and is visually disconnected from it by its materialisation: the façades are finished in Corten steel panels that contrast with the white plastered façades of the main building. The position of the extension emphasises the tension between the existing heritage building and the new volume. Large windows are located on the corners of the new volume to give the library the necessary visibility and interaction with its surroundings. Functions such as reading corners, workspaces and the reception desk are located close to these large windows, so they benefit from the natural light streaming in. To create a pleasant atmosphere in the library, three different types of windows were used, allowing visitors to enjoy the natural light throughout the day and the seasons. 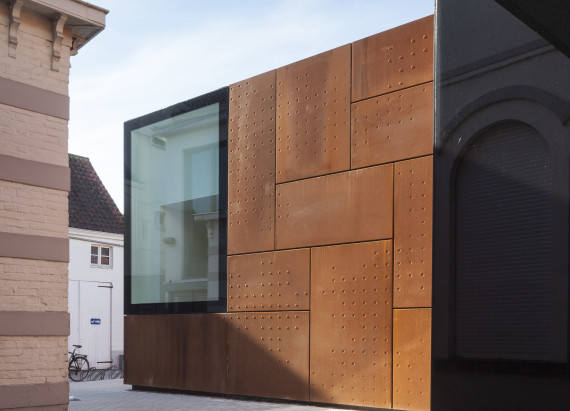 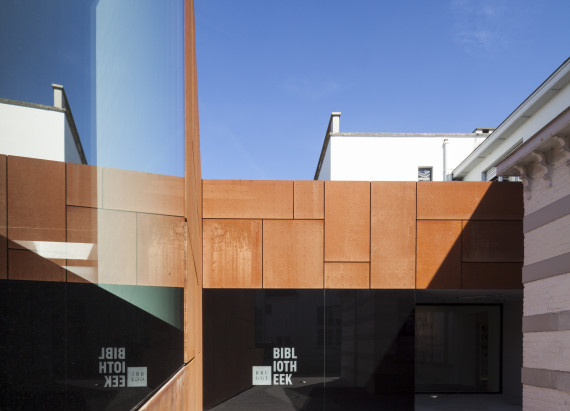 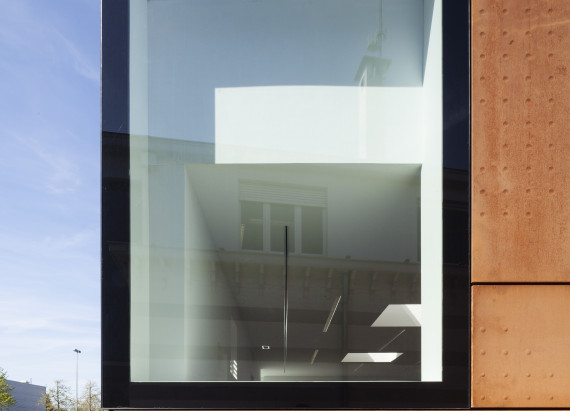 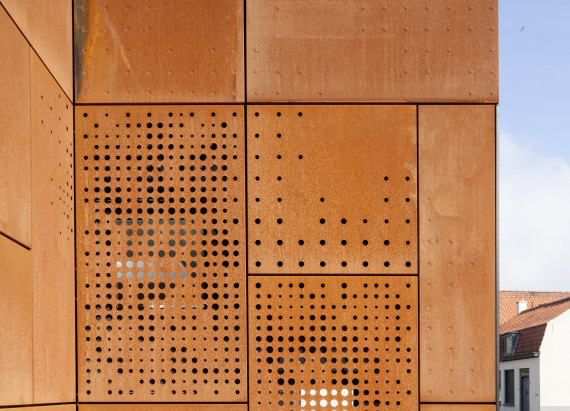 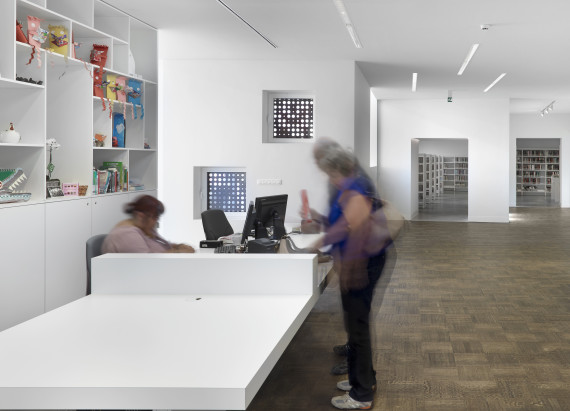 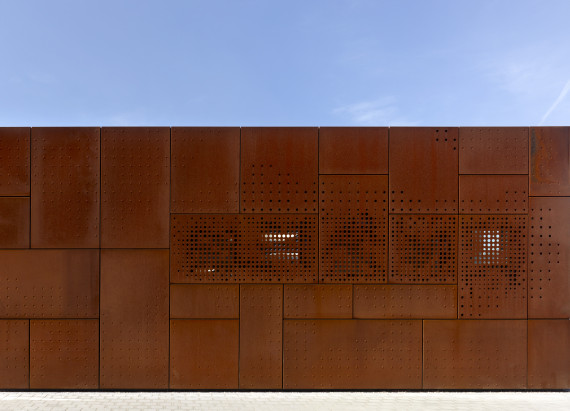 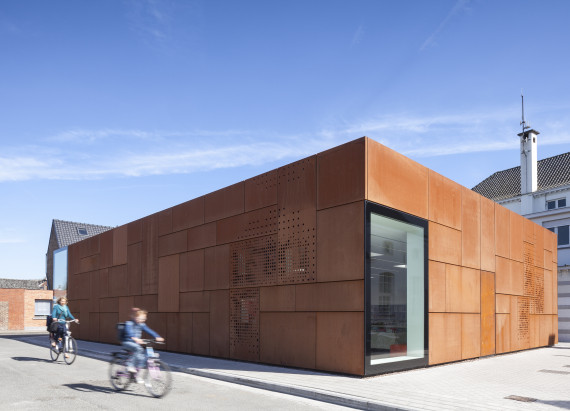 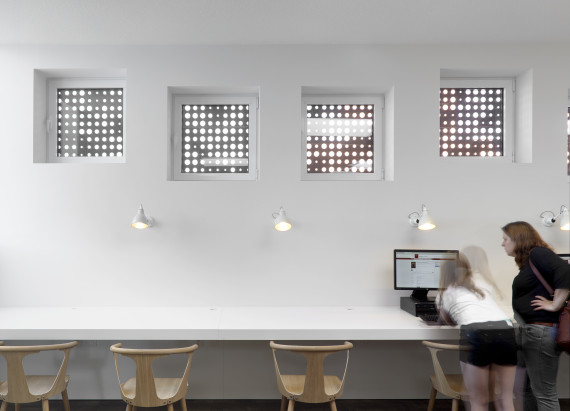 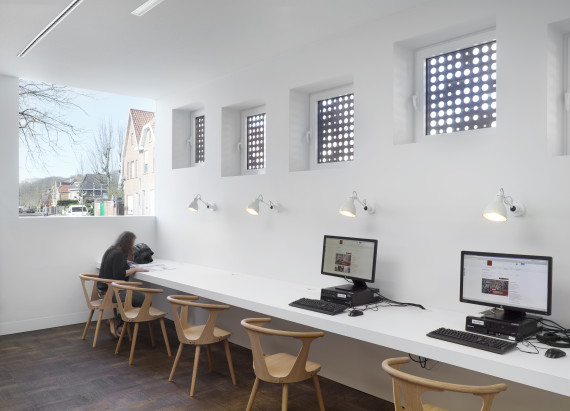 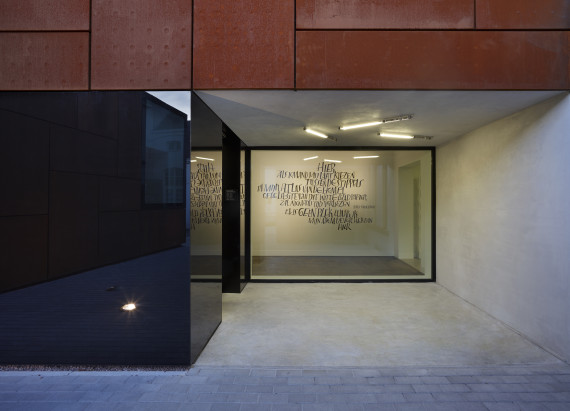 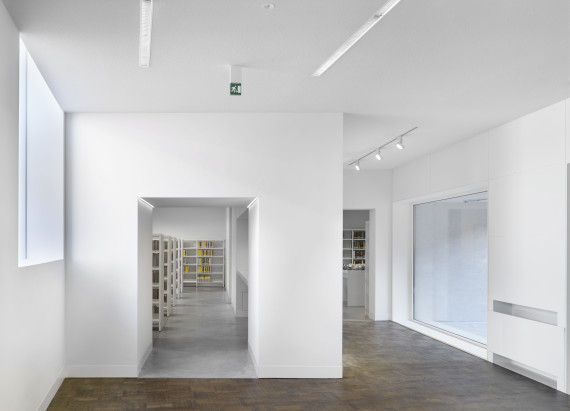 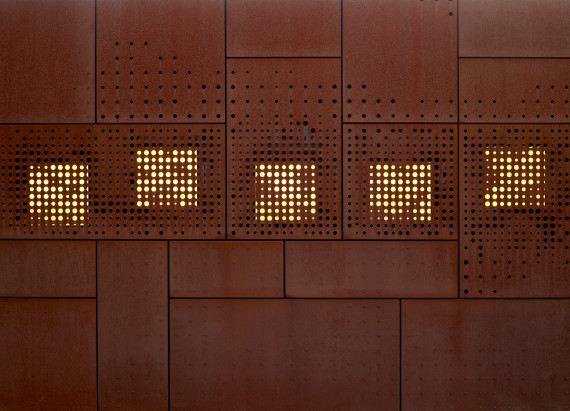 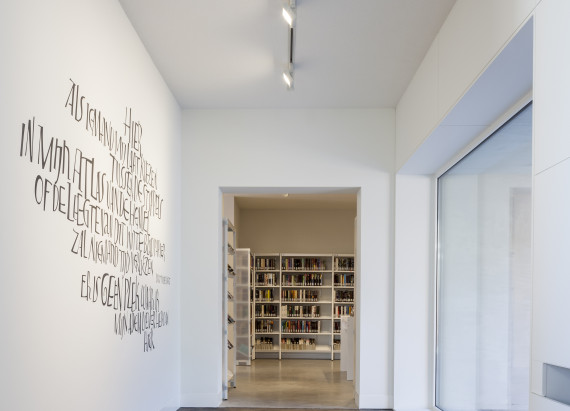 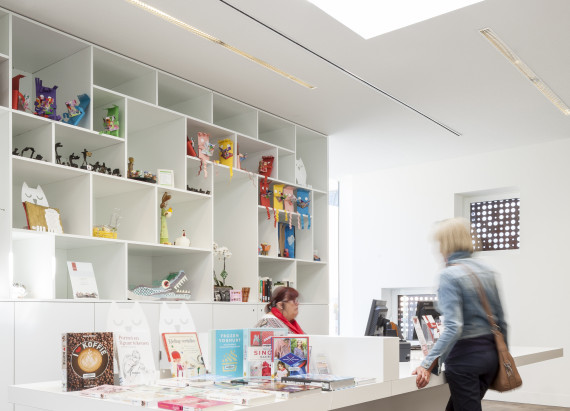