Studio Farris Architects was commissioned by financial group Buysse & Partners to design its headquarters on the first floor of the BP building. Completed in 1963, the BP building is an engineering masterpiece designed by the Belgian architect Leon Stynen (1899-1990); Both floor and façade are supported by steel cables hanging from 9 crossbars at the top of the building, those supported by 2 beams resting on the concrete floor. The project is located in Antwerp BE, just outside the historic center.

The commission consists of the demolition of the office on the first floor and the design of a workspace with a home working atmosphere. The basic concept of the new office was to interact with the transparent architecture of the Stynen building. The new floor plan opens into the work and relaxation spaces, creating a strong interaction with the outside, making the most of the glass facade. The materialization of this project creates a contrast between the existing 'cold' architecture in iron and concrete and an accurate use of the details of the warm wood and stone elements of the interiors.

A black lacquered aluminum false ceiling follows the longest part of the space in the open areas and perpendicularly the modulation of the windows in closed spaces. Lights follow the direction of the ceiling. A transition between one space and another is marked by a black polished wooden frame.
Separation walls, treated in putty, take up the idea of the concrete of the central core of the building.
Wooden shelving, modulated on the basis of the Stynen plant, act as functional elements of separation in the work and relaxation spaces.

The reception is located in an open space that opens completely to the outside, here the architect has created a relaxation area with the introduction of a marble and wood bar and a counter where you can eat and have meetings in confidence. More meeting rooms are located at the 2 heads of the plant. On the one hand, the executive meeting room with a relaxation area and the possibility of creating an environment in which to dine with clients with a homely atmosphere. On the opposite side, the other meeting rooms with 3 small soundproofed chat rooms. 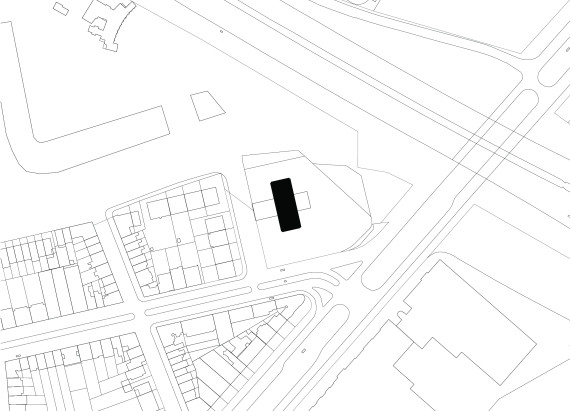 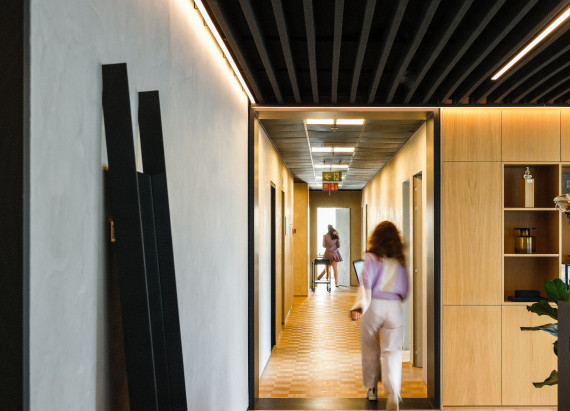 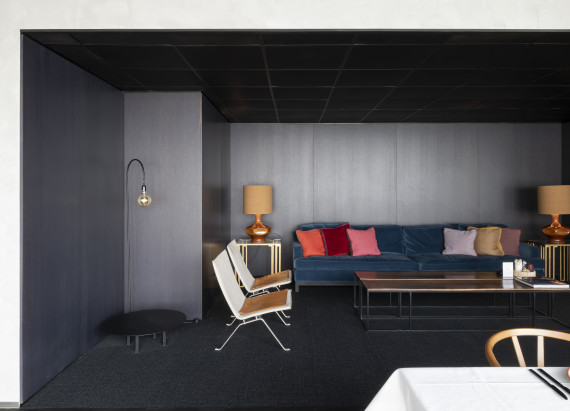 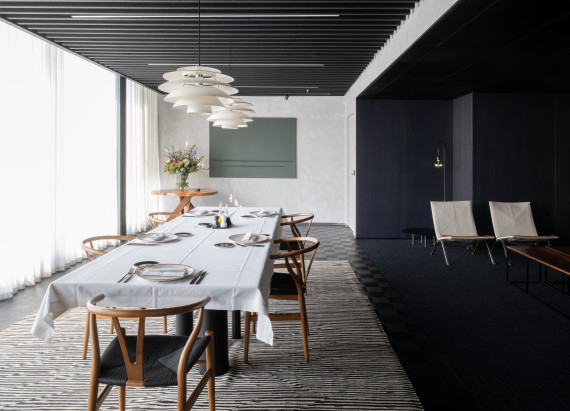 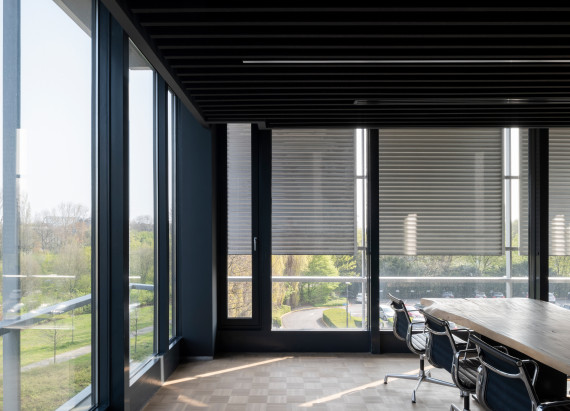 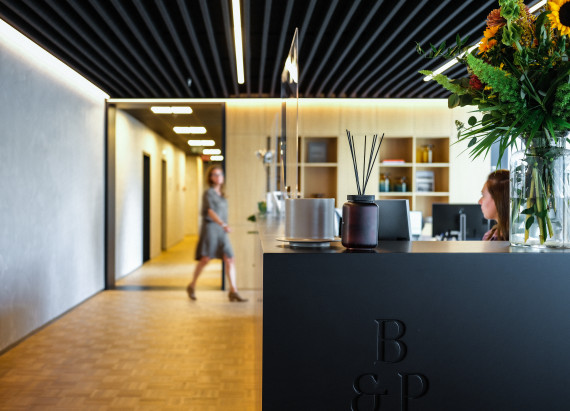 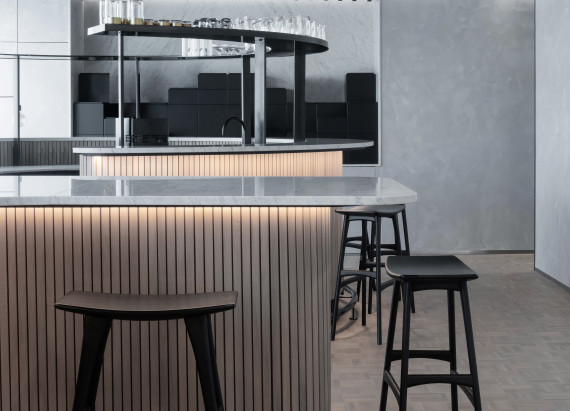 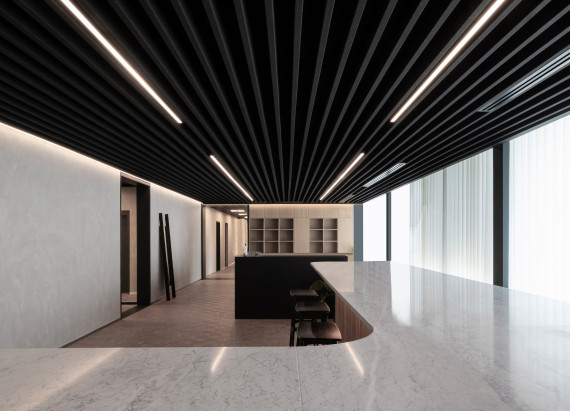 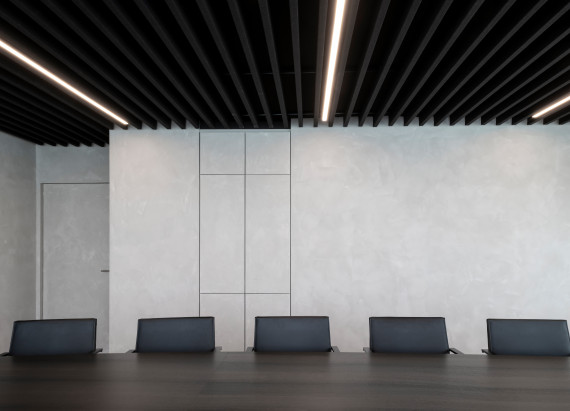 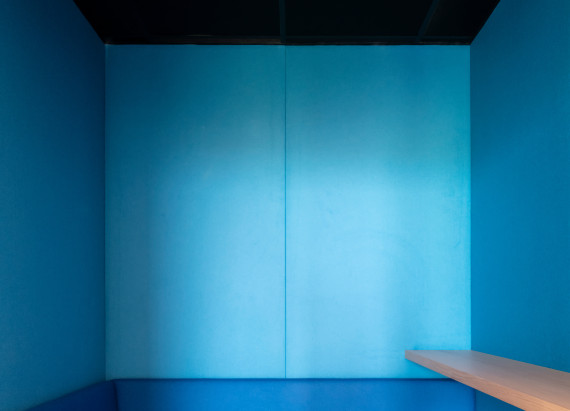 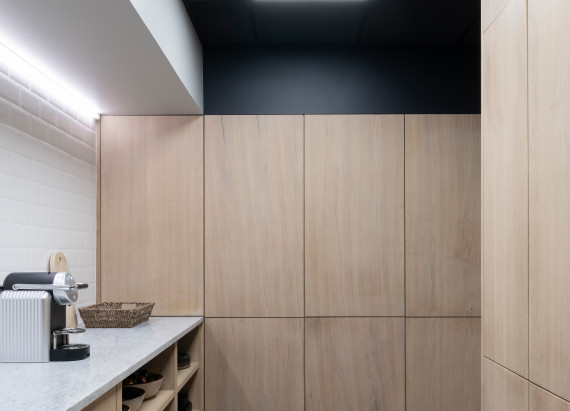 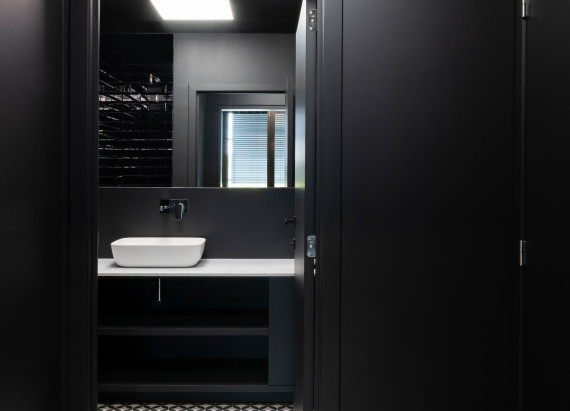 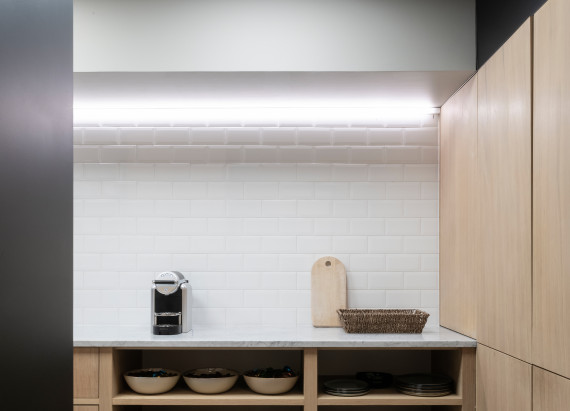 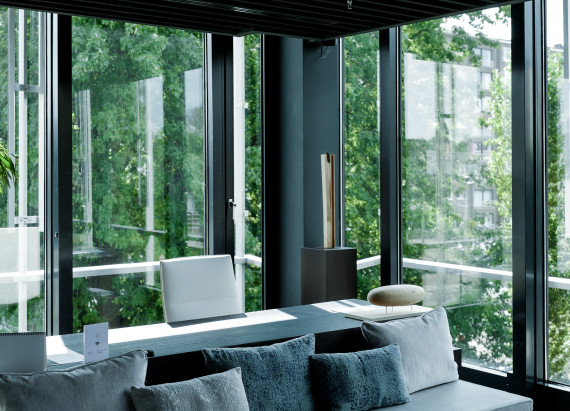