The Artois tower was designed as part of the competition for a new landmark in the city of Leuven BE. Located on a prime location at the crossing of the two rivers the Dijle and the Vunt, the new tower needed to include a minimum of 84 apartments. The surrounding buildings date back to the post-World War II period. Large industrial complexes were erected as functional architecture with modernistic styles.

The design of the Artois tower was highly influenced by these surroundings. We wanted to create a strong connection with the site, on both the level of cultural heritage and a physical level. That connection was created by our ‘technical space’. This space is formed by elevating the nine highest floors, creating an open space where people can meet. The industrial character of the surroundings is reinterpreted in this space. The technical equipment which is usually hidden, becomes the focal point of our social meeting place.
The opening itself ensures ties between the tower and its surroundings, providing views of the waterside and the industrial buildings. The old industrial site is transformed into a totally new city centre where culture and living and working by the waterside go hand in hand. 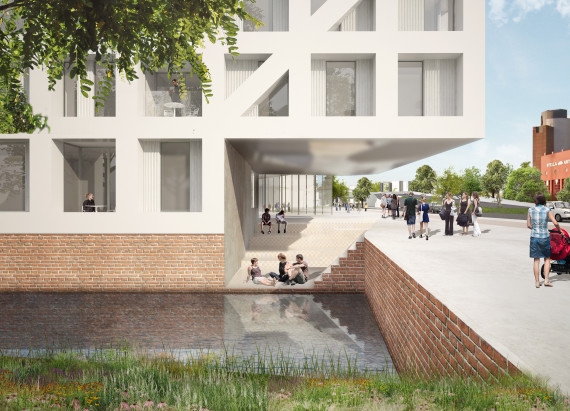 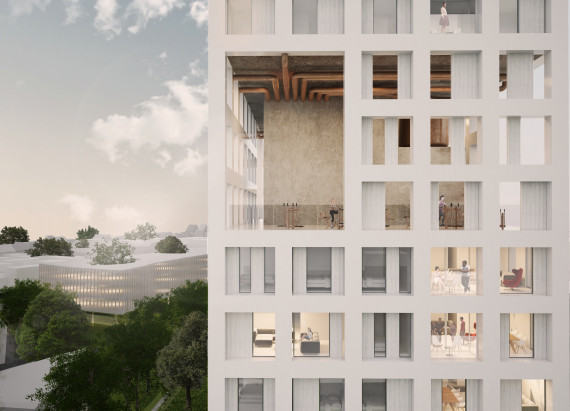 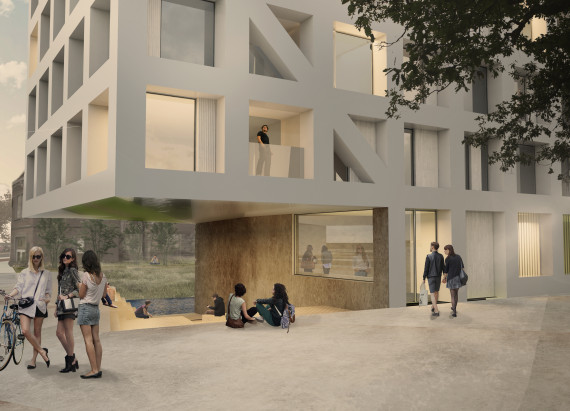 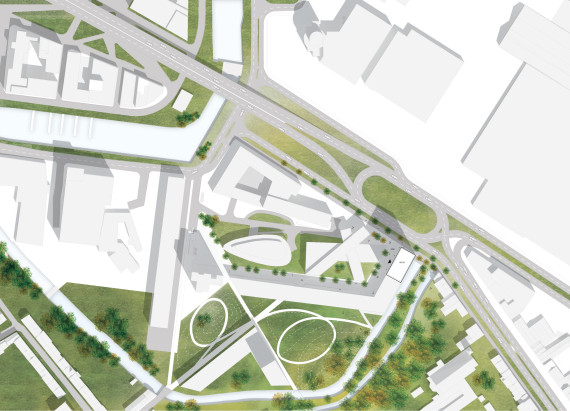 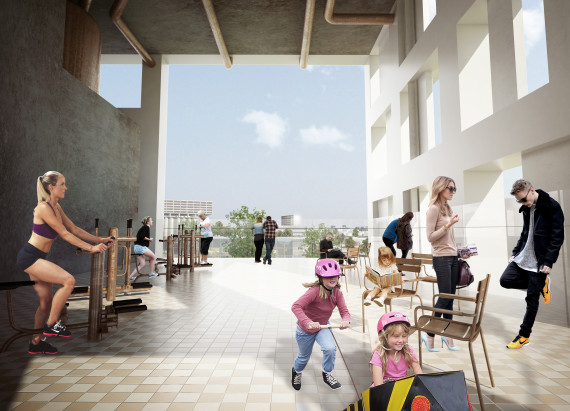 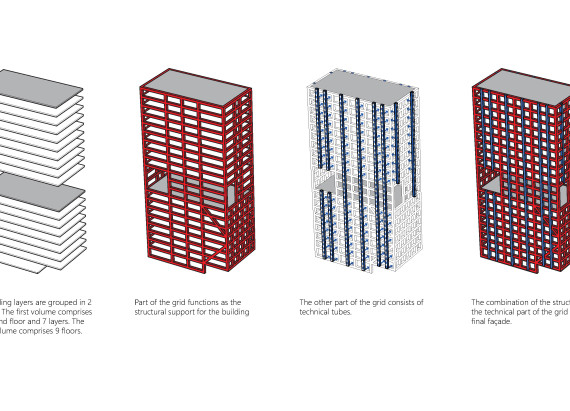